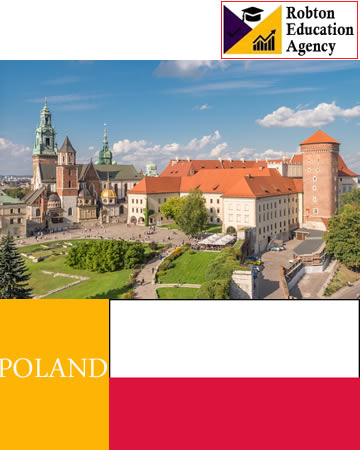 Why Study in Poland?

Why study in Poland as an International Student

More and more students each year are choosing to study abroad in Poland. These students are drawn to its high-quality education institutions, low tuition fees, and equally low cost of living. Read on to discover why you should consider studying abroad in Poland.

Located at the center of the Northern European plain, Poland serves as the geographical and cultural crossroads of Eastern and Western Europe. Poland has been a nation of survivors since the foundation of the first Polish state more than 1,000 years ago. Today, Poland is the largest of the former Eastern European states and the most populous new member of the European Union.

Poland’s education system dates back to the Middle Ages. Jagiellon University, for example, was founded in the 14th century, and today is one of the oldest universities in Europe. There are over 400 courses offered in English in Poland, many of them at an undergraduate level. Poland has several well-respected universities, including Jagiellonian University and Warsaw University. Warsaw University is ranked first in the Top Coder international IT ranking, outperforming such well-respected American universities as the Massachusetts Institute of Technology (MIT). The number of higher education institutions in Poland has quadrupled over the past ten years, while the number of students increased fivefold. International students who choose to study in Poland will have the opportunity to receive a quality education in a quickly burgeoning academic environment.

Poland’s medical schools, in particular, are drawing an increasing number of international students. Many international students who have been unable to get into a medical program in their home country choose instead to study medicine in Poland. Although these courses are taught in English, Polish speaking skills are likely to become necessary by the end of the program, when students begin consultations with patients.

Tuition and Cost of Living

As with many other EU countries, Poland offers inexpensive and sometimes free tuition to EU students. For example, English language courses offered at the University of Warsaw cost between £1,300 and £2,500 per year. The majority of course in Poland cost significantly less than in the UK, with the notable exception of medical courses, which have fees of around £10,000 per year.

The low cost of living in Poland makes the country one of the best study destinations for international students living on a budget.

In addition, the cost of living in Poland is far lower than in Western or Northern Europe, which means that the total cost of a university education is significantly less in Poland than elsewhere in Europe. For example:

The majority of universities in Poland provide some kind of student accommodation. However, due to the low cost – which can be as low as £80 per month for a shared room – the demand for such accommodation is high. If you are interested in pursuing university housing, you should contact your university as soon as you receive your acceptance letter. Many students in Poland choose to live in shared apartments or houses, with costs ranging from £100-£200 per month, depending on the location.

International students who are citizens of EU/EEA countries are eligible to work in Poland without a work permit. However, finding work in Poland without Polish language skills might be difficult. Even if you do find employment, wages are low and student jobs generally pay the equivalent of about £2 per hour. For this reason, many international students choose to return to their home countries during summer breaks to work.